Hermento Pascoal: The Magician of Brazil

What is genius? That's a term thrown around a lot these days. Everyone has their own definition of the word and their own list of people who fall into this category. I believe, however, it is not a term that should be used lightly. To create music and present it is one thing, but to change the way people experience music, and the way people play, create and think about music, is entirely another. That, I believe, is the mark of a genius. Not many people fit this description better than Hermento Pascoal. From his humble beginnings practicing the accordion while his family worked in the fields, to his big break with Miles Davis, and his ultimate rise to superstardom, Pascoal has done it all. He plays not one, but more than five instruments. He uses anything he can find to make sound, from water in a lagoon, to various flutes, ethnic instruments, and even scraps of metal. At the age of 78, he keeps not one but five bands. He has worked with Miles Davis, composed symphonies, revolutionized Brazilian music as well as jazz, and reinvented the way we look at Brazilian music, jazz, and art itself. Miles Davis put it best when he called Pascoal, "the most impressive musician in the world." There are few others about whom that can be said. Pascoal is truly an original.

Brazilian music has been closely linked to jazz ever since the time of samba and the advent of Bossa Nova and its rise to become a distinct musical genre. Brazilian Jazz, a very unique subset under the far reaching umbrella of Jazz, resulted from a mixture of American Jazz and Afro Cuban music. American Jazz musicians began in the late 1950s and early 1960s to incorporate Brazilian musical forms into their own work. Around the same time, Brazilian musicians began adding improvisation and American musical forms into their already rich styles of music. Thus, Brazilian Jazz was formed and produced such memorable parings as Joao Gilberto and Stan Getz who together recorded the Tom Jobim song, "The Girl from Impanima" which became the face of Bossa Nova. It is within this unique category of music that Hermento Pascoal falls, if his music can be categorized at all.

Hermento's music is indeed hard to categorize. He might be playing a bottle filled with water, or a flute, or even slapping the water itself with his hands to crate a rhythmic pattern. But, when he plays Jazz, he plays it in ways that you have to hear to believe. His compositions are extremely complex, employing extensive harmony, often very ambiguous and modal. His solos frequently enter the realm of non-functional harmony, that is,that the chords and notes do not function the way they normally would in traditional music theory. In some cases, he even sings along with his solos, adding new harmony and another layer to the complex chaos already swirling around him. But, through all the chaos and seemingly disorganized improvisation comes Pascoals love for music, for jazz and for living life to the fullest.

Born on June 22nd, 1936, in the municipality of Lagoa Da Canoa, Brazil, Pascoal learned the accordion, his first instrument, from his father Pascoal Jose Da Costa. He practiced for many hours indoors, as he was albino and could not help his family in the fields. He began to play at parties, weddings, and other events with his brother, on both tambourine and accordion. Subsequently he picked up the piano as his third instrument. In 1961, he journeyed to Sao Paulo, drawn there by the music business, and began playing the flute. His musical career commenced in earnest in 1964 with appearances on several albums, now classics of Brazilian music, which established new paths for Post-Bossa Brazillian Jazz. After a stint with the Sabrasa Trio, he joined Trio Novo featuring Airto Moreira, Heraldo do Monte, and Theo de Barros. The band soon renamed itself Quarteto Novo and released a self-titled album that featured two of Pascoal's compositions.

Hermento gained much international exposure after he met Miles Davis around 1969. He was asked to travel to the United States and record a few albums with Flora Purim and Airto. It was there that he first encountered Miles who was "fascinated by the willfulness of Brazilian and especially Pascoal's music[sic], and called Pascoal, a "wild albino," Hermento made an appearance on Davis' 1971 album Live/Evil, contributing two compositions, both of which feature him whistling and singing. After this foray into the public's field of view, he went on to perform and work with other well-known Brazilian musicians such as Airto Moreira (also a member of one of Miles Davis's bands) and Flora Purim. Mostly leading his own bands, however, he performed at many venerated musical events such as the 1979 Montreux Jazz Festival.

In 1980 he traveled to Tokyo to play at the "Live Under the Sky" festival and he released his next album, Cerebro Magnetico. Soon after, in 1985 he recorded an album that included for the first time what Pascoal calls the "Som Da Aura" (the Sound of the Aura). This musical device tries to make music out of, "the cadence of human speech." This album was also a tribute to his hometown that bestowed upon him the title of honorary citizen. From then on, he undertook many grand projects, such as the Sinfonia em Quadrinhos (Cartoon Symphony), which he played with the Sao Paulo Youth Orchestra. He soon released another album paying thanks to all the newsmen and radio announcers who helped him on his musical journey. In 1995, he performed a concert using the gigantic instruments located in the Sesc Itaquera Play Park, in Sao Paulo and later that year performed in Argentina in front of 2,000 children, while inside a swimming pool located on the stage. One of his biggest undertakings of the period was his Calandario do Som (Calendar of Sounds). For exactly one year (1996-1997) Pascoal composed one piece a day and turned the compositions into a calendar, "so that everyone would have a song for his or her birthday." At a music workshop in 2002, Pascoal met Aline Morena, a singer who soon became a member of Hermento's newest group, a duo featuring the two of them.

Today, at 78, Pascoal has more creative musical and performance energy than most around him. His latest release, with Morena, titled Bodas de Latao, commemorates 7 years as a musical duo and as friends. Pascoal continues to perform around the world with his big band, small group, by himself, with Morena, and with symphony orchestras. He still delights people the world over with his multifaceted musical talents, from his flute playing, and his piano playing, to gurgling in glasses of water while singing. Few people have done so much and still continue to create art at such a high level. From his humble beginnings playing accordion, while his family worked, Pascoal has truly done it all. 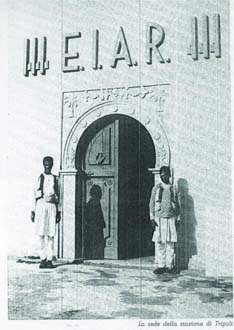