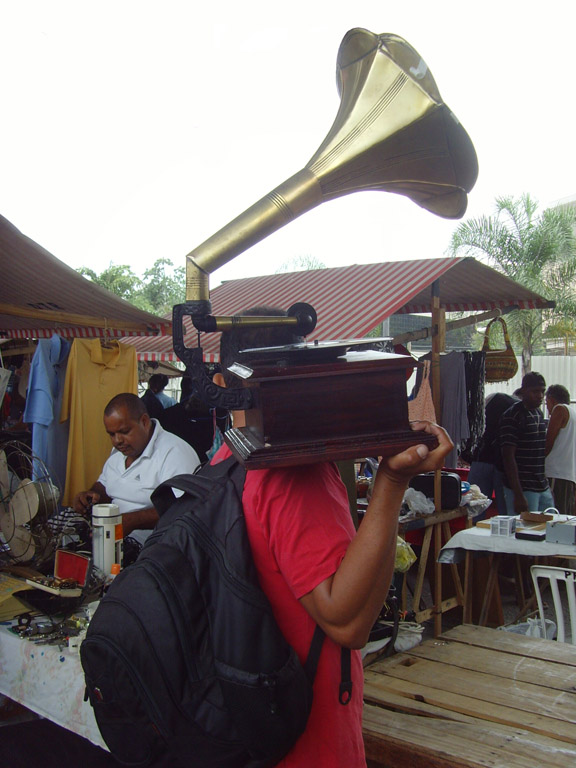 This index of 78s was created by my friend Carlos De Andrade, who runs VISOM DIGITAL/BRASIL in Rio. It contains metadata on 13,000 songs, recorded on 6500 ten-inch 78rpm shellac-based discs between 1902 and 1955 in Brazil. It is immense (243 pages), so it's only available via a pdf download.

Here's a little history on the project from Carlos; "...transferred to digital and then restored by 14 engineers using some of the best equipment available in 2001 ...and the result was the creation of CENTRO DE REFERENCIA DA MUSICA BRASILEIRA. One interesting note is that a good part of these recordings had an announcer at the beginning stating the name of the song, the player and the record company "CASA EDISON." The announcer also sang in quite a few early recordings, but he was never a great singer. His nickname was BAIANO. Also note that some loudly heralded Brazilian music styles came from distortions of names like SCOTISH that, mispronounced, became XOTE and were printed on the label of the disc." Just to give you an idea of the size of the market, Carlos says; "the song RATO RATO RATO (1907, by Casemiro Rocha) sold over 800,000 copies in the country."
At the time the primary concern was digitizing the materials and the metadata, sadly, does not link each song to a particular disc. With luck every two songs are from the same disc, and I would like to believe this is true.
The information available here is:
"artist" / "title of song" / "record company" / "matrix number" / "release date" / "author of song" / "original style" / "modern style"
The last two columns are pretty interesting. They are "original style" and this is how the musical style was described on the recording at the time, and "modern style," or the broad genre terms we use today to describe the same music.
Click ARC Brazilian 78rpm database to download.
Special thanks goes to intern Noemia Nicolas who cut and pasted over 500 sheets of data into this one document.